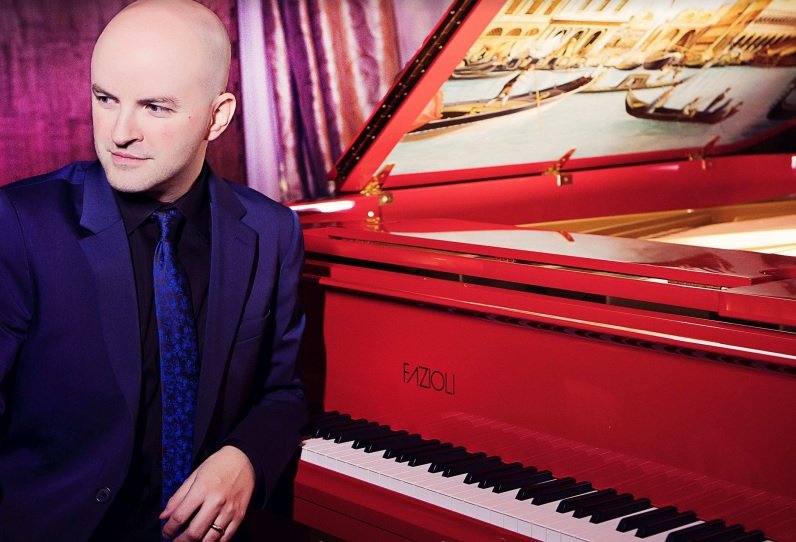 His music has been defined as instrumental fusion – a combination of smooth jazz, classical, pop, and rock. Mayer’s European roots add a good share of thoughtful and longing soul, his North American education contributes a healthy dose of high-octane energy. An explosive mix!

After Mayer realized musicianship was who he was, he would study at Royal Conservatory of Music, major in piano performance at Grant MacEwan University and win the Rachel McKeown Memorial Award for composition.

In 2001, a Chinese Arts Agency took Mayer on a 16-city six-week long concert tour in mainland China. It would become the biggest tour of any artist in China’s modern history, and all of his tour dates since then would be sold out. He entertained thousands in concert, and millions on Chinese TV. Mayer, invited by the Canadian government, has gone on to headlined the Canadian Music, Food & Wine Festival in Taiwan since its inception in 2003.

“A passion for music that can only be describe as breath- taking!”
– VOGUE Taiwan

“When we think of solo piano music, even in the more commercial world, we generally think of the high- concept and artistic direction of Kate Bush or Tori Amos or the kitsch dinosaurs that the likes of Elton John or Billy Joel have become as they became successful. Thankfully there are artists such as Mayer to inject a bit of excitement and panache into the format of the pop-piano. Sitting somewhere between high energy film soundtrack and commercial recital, Mayer is literally changing the role and potential of the piano in commercial realms.”
– A & R FACTORY